Get ready for winter riding

When one of our shareholders got in touch a couple of months back, we were keen to hear more. Chris is an avid biker and supporter of Dirt Factory, so we asked Chris if he fancied writing a guest blog. Brexit or no Brexit, Chris and Ties are on a mission and nothing has got in their way, apart from the odd tornado and puncture…

Hey everyone, I’m Chris Fieldsend. I’m a huge fan of all things cycling and a keen investor in crowdfunding. I’ve spent the last 14 years living in London, riding around the amazing country roads of Essex, Hertfordshire, Kent and Surrey. I grew up in Plymouth, mountain biking on Dartmoor. When I saw the opportunity to invest in Dirt Factory I thought it was an awesome idea and jumped at the chance. I was disappointed to miss the investors event, but I have a very good excuse…

I’m 4,700 miles into a 12,000 mile cycle tour of North America with my girlfriend Ties. We set off from Toronto on 7 July 2016 and we’re currently in Big Sur, California. Our route has taken us through the classic Canadian lake scenery of Ontario, the pure Americana of the Upper Peninsula (Michigan, Wisconsin and Minnesota) and the flatlands of the Canadian Prairies (Manitoba, Saskatchewan and Alberta). We had the pleasure of cycling through British Columbia, where we climbed numerous mountain passes, camped the backcountry and weaved through picturesque orchards and wineries. 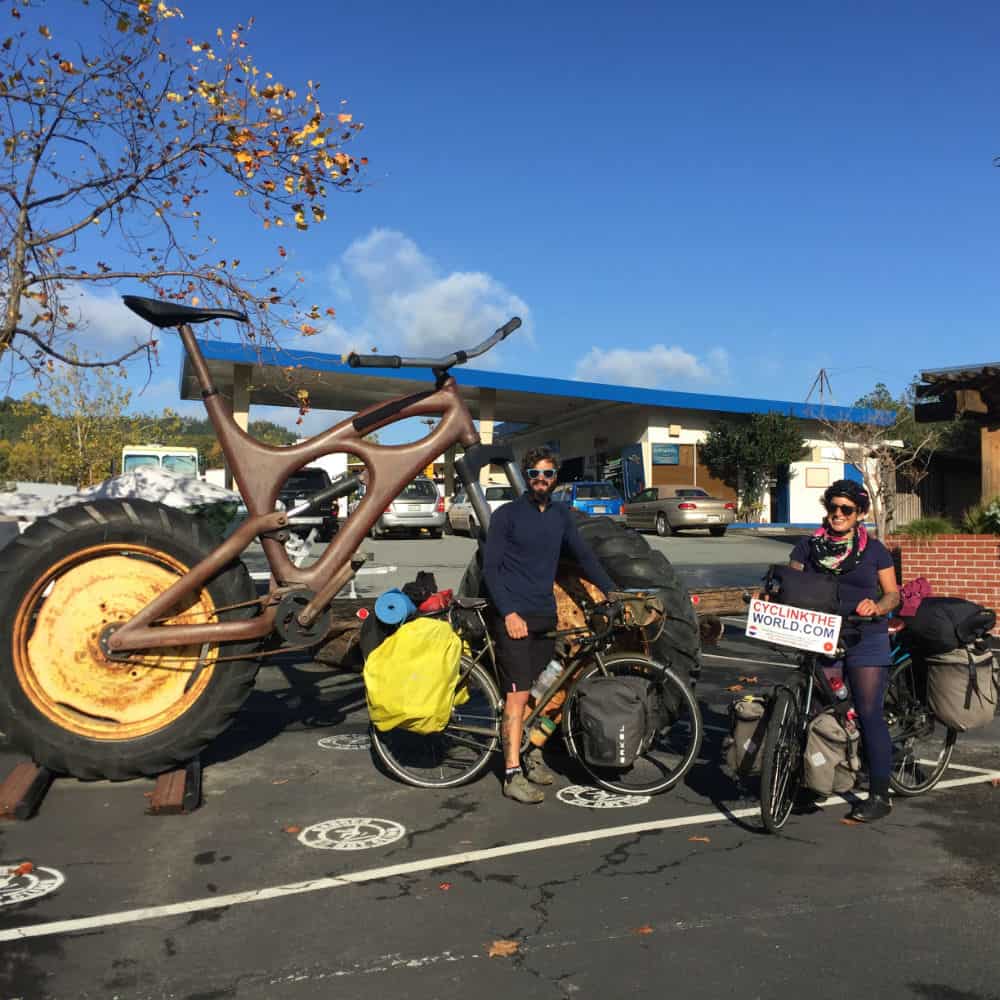 On Vancouver Island we got up close and personal with Humpback and Killer whales, and got too close to comfort to a black bear while watching salmon leap on their annual migration. We spent a few days cycling around Salt Spring Island, where we discovered scheduled paradise beaches, hippy villages and 19% gravel hills. Then we spent a month in soaking rain, battling our way down the west coast through Washington, Oregon and California.

We’ve endured every type of weather imaginable! We set off in a heatwave through Ontario and Michigan, then narrowly escaped a tornado in MacGregor (Manitoba). We saw spectacular thunderstorms throughout Saskatchewan and had snow in August at Lake Louise (Alberta). Most recently we hid for 5 days from a typhoon, a tornado and hurricane strength winds in Oregon!

We’ve experienced incredible human kindness from the start. On day two we were put up in a beautiful home in Thornbury (Ontario), and a few days later invited to a cabin in the woods on Manitoulin Island. We were picked up off the Trans Canada highway by a ‘man in a white van’ to escape the tornado. And we’ve recently discovered the oracle that is Warm Showers, and the incredible hospitality people offer through social media. 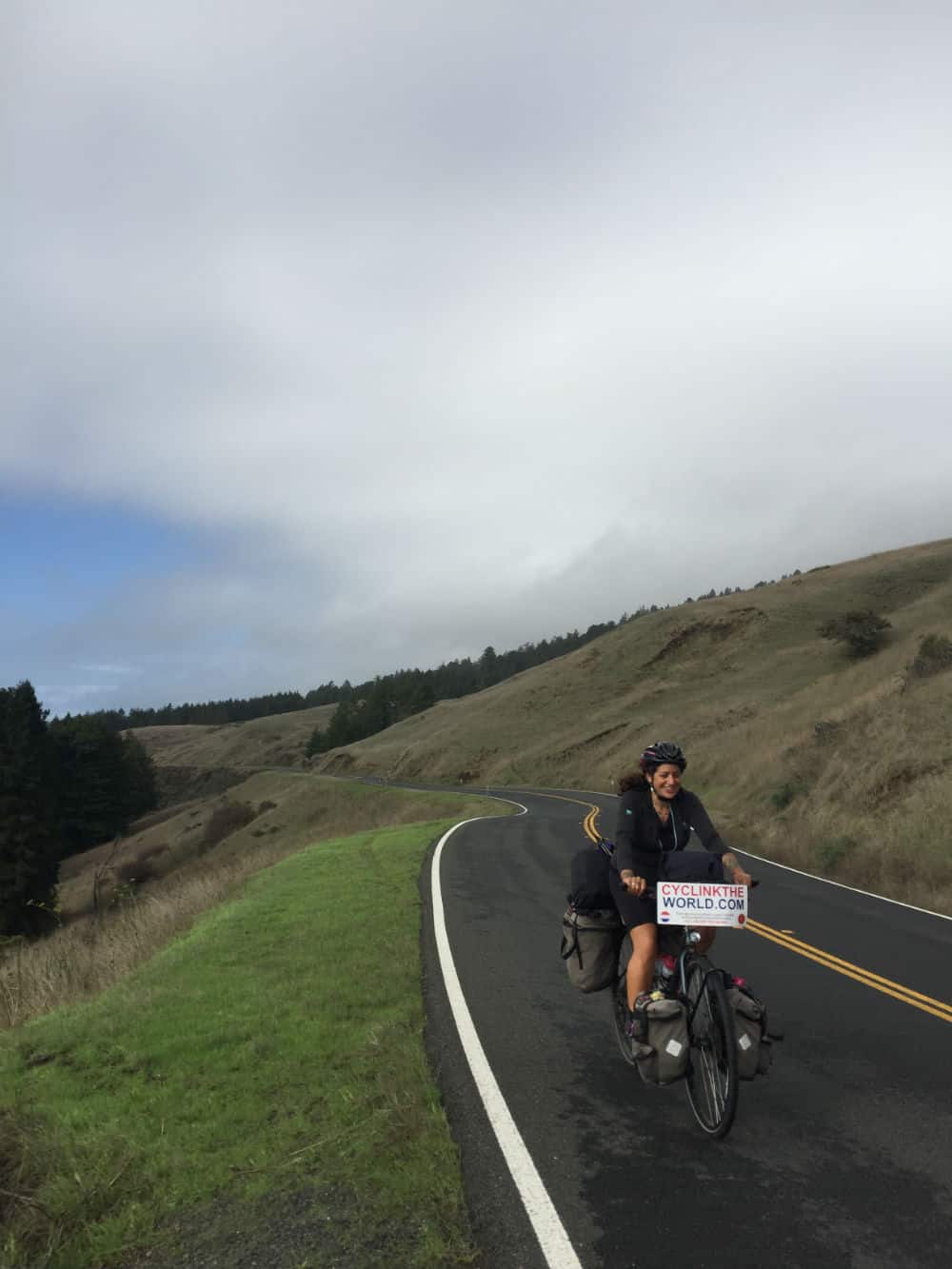 We’ve had our fair share of mechanicals! I run Rohloff with Cinq5 shifters and click box. My gears stopped working 5 miles from Vancouver and I discovered a part in the click box had snapped. When the replacement click box broke within 5 miles I replaced all Cinq5 parts with proprietary Rohloff gear. Ties has been through two chains and two sets of disc brake pads. But remarkably we’ve only had 4 punctures between us!

From Big Sur we’re heading south to San Diego, then east to the Florida Keys through Arizona, New Mexico, Texas and the Deep South. We’ll then follow the east coast to Nova Scotia and back to Toronto via Prince Edward Island and Quebec.

This really is a trip of a lifetime! Brexit has put a serious dent in our budget so we’ve camped most of the way, and eaten lots of pasta, peanut butter and porridge. This isn’t for everyone, but if you love cycling and adventure we highly recommend it. 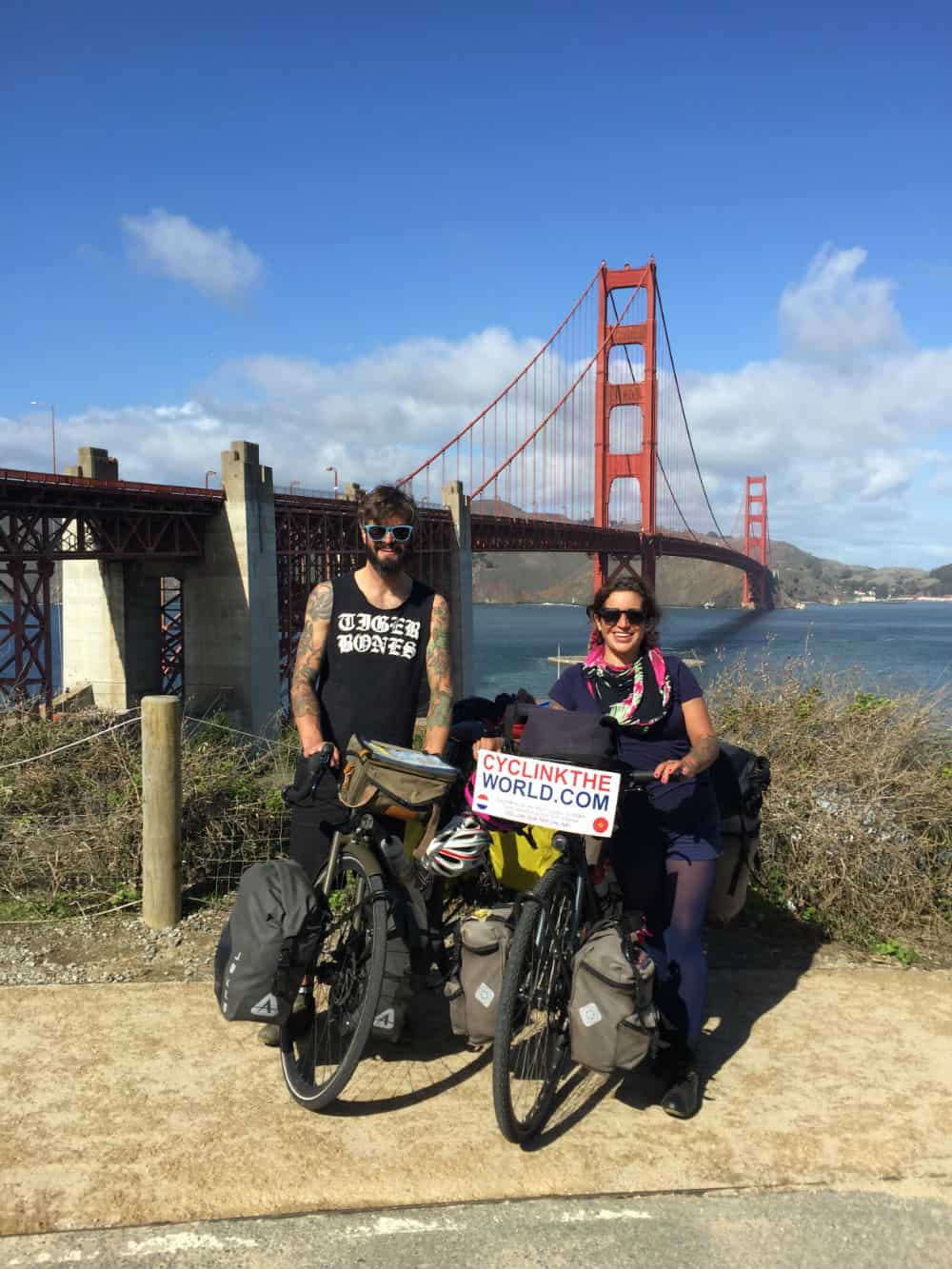