We are Legend was the headline at this year’s British round of the Downhill Mountain Bike World Cup – and legend it was. The Dirt Factory crew headed north geared for an eventful weekend and cow bells at the ready to cheer on the One Vision Global Racing team.

This year was extra special for two reasons, it was the perfect setting to celebrate and remember World Cup racer Stevie Smith following his tragic accident and secondly because it was the last time we would see Steve Peat race the Fort at mountain bike World Cup level. Watch Peaty boost the final few jumps here from track side footage.

The two Steve’s wanted one thing and one thing only, and this was for everyone to have a good time, Peaty led the way by serving beer from his own bar – Peatys Bar. 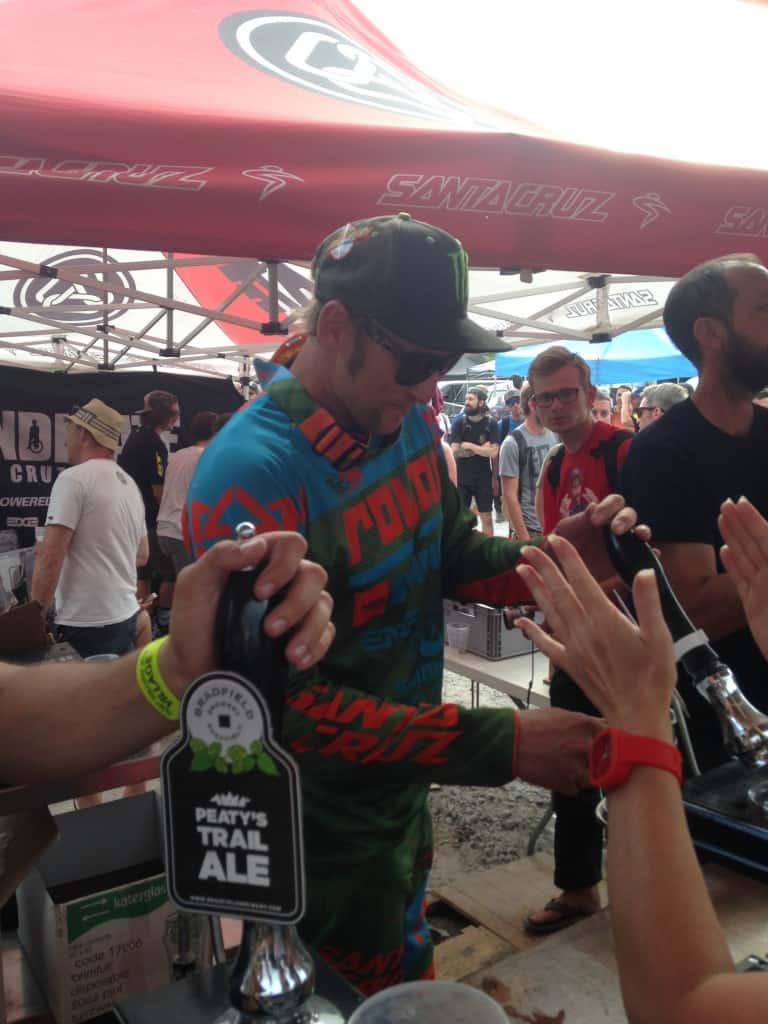 Here you can watch 60 riders follow each other down the track in memory of Stevie Smith.

One Vision Global Racing team is managed by professional World Cup racer Jack Reading and his team gave us another reason to celebrate. To say the team is relatively new on the circuit they continued to make a huge impact and ruffle a few feathers. George Gannicott qualified an impressive 10th position which surprised everyone including himself. Final standings were a well respected 27th (Gannicott), 30th (Reading) and 68th (Jones) on arguably the toughest track of the whole series. Roll on Leogang, Austria, which is the next round of the championship and can be watched live on Red Bull TV this coming weekend.

Overall what a weekend for the Dirt Factory crew, we got the chance to catch up with our supporters, watch some world class racing and witness a truly unforgettable event. The sun shone once again and created unprecedented dusty and tricky riding condition – just the conditions Stevie Smith would have wanted. 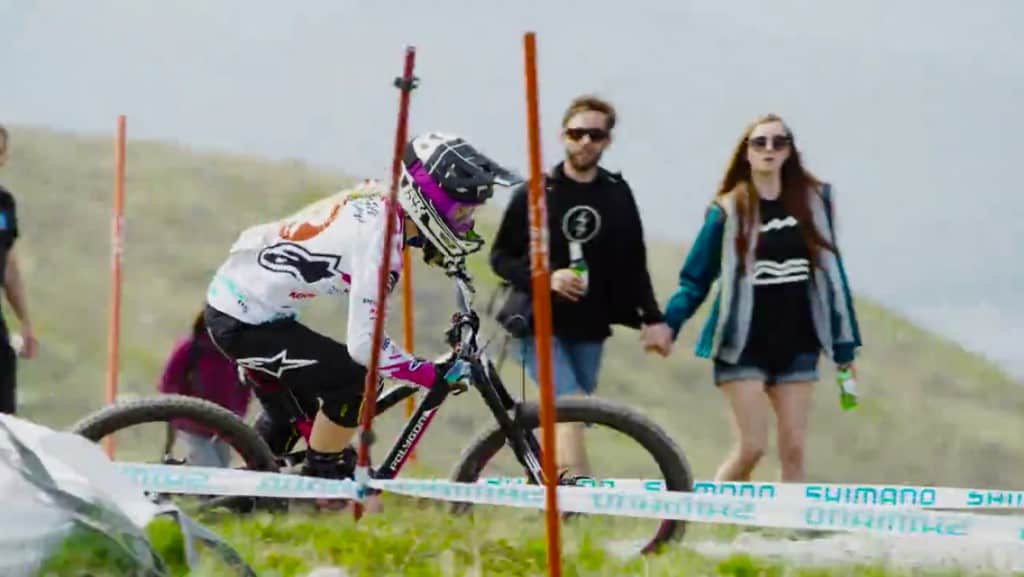 If you have never been to a Fort William World Cup, then we and probably the other 20,000 people up there recommend it. You can enjoy the gondola access and see fantastic views of Aonach Mor and the surrounding beauty, you get action packed downhill and 4x racing and an atmosphere that you will never forget…oh you get a few midges too, but don’t let them put you off.

Legends come and go but they are never forgotten.

See you up there next year.

Dan and the DF team