If you have been reading the Dirt Factory blog you’ll know we love World Cup downhill racing and have made the trip to Fort William, Scotland for the UK round the UCI DHI World Cup an annual pilgrimage since our first visit back in 2007 for the World Champs.

This year was to be no different, head up on the Bank Holiday Monday, spend the beginning of the week riding bikes and touring Lochaber and then head up the hill for the racing. We would also be checking out the Shimano Steps ebikes on the Friday (check out the separate blog post coming soon). 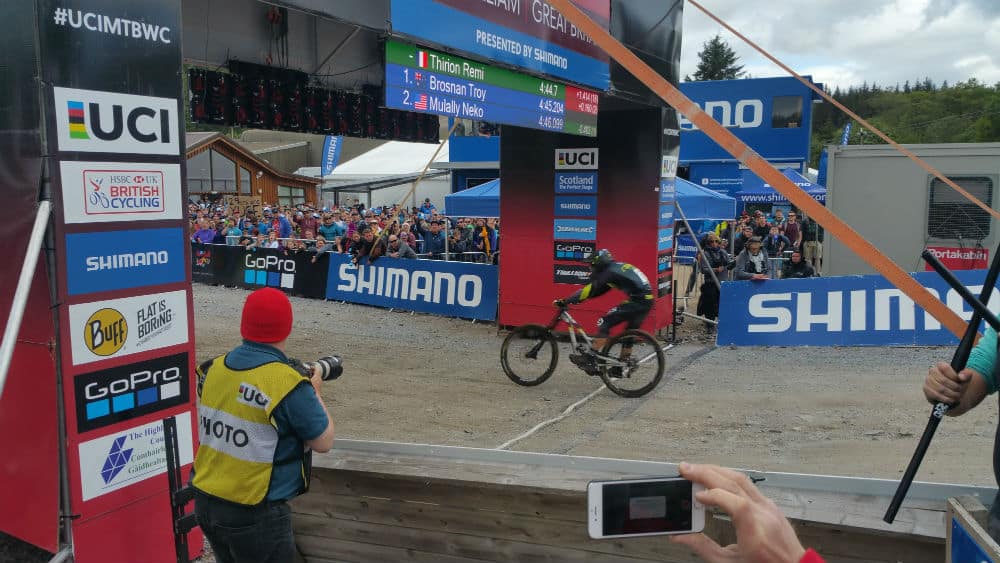 Home of The Brave was the tagline for this year’s event and this was true for both riders and spectators. If the track didn’t swallow you up as a rider, the midges were out in full force, feasting on the travelling crowds like a world buffet. Despite being midge fodder the crowds are well catered for, in fact, the organisation at this year’s and previous events has been excellent. The shuttle bus services also work so well and come at no extra charge.

The racing this year was as close as ever and after a rain soaked round 1 in Lourdes there was everything to play for. Riders were struggling to get their heads around a very tough woods section that had deteriorated throughout qualifying on Saturday and this would prove to be the key to securing a top 10 spot. So many riders rolled the dice and came unstuck on their race run, we saw at least 1 rider jump off and run down this section. Those who did manage to ride through with their feet on the pedals made it look easy and South African, Greg Minnaar did exactly that.

Cool, calm and calculated, Greg reigned in the speed whilst carrying enough of it through to keep rolling and railing the muddy rut. Magnificent! Whilst the tables are turning again on DH racing (29inch wheels, Bryceland and Peaty no longer competing, and young blood breaking through the ranks) it was good to see the GOAT in full song on his favourite track, Greg has won here 7 times now and this was his 20th World Cup win. By the time we had made it from the top to the bottom of the hill the race had turned out to be a classic, again!

I’m passing on the Cowbell and midge net for Fort William 2018 as pastures new are beckoning, next year I’m hoping to see another round, it’s only a short drive to Andorra and La Bresse is also on the calendar for 2018. It won’t be the last time we head to Fort Bill though and I’m sure the other races won’t be a patch on what we’ve experienced at Nevis Range. You may even see Dirt Factory representing at the Fort William World Cup 2018, I didn’t see a pumptrack up there, or a BigAirBag for that matter.

If you haven’t attended this event – you must. Get your 2018 accommodation booked now (or sooner rather than later) then get a 3 day ticket with gondola (released around January 2018). Make sure you book the following Monday off work so that you can make the most of the weekend and take a midge hat/net. The guys at Nevis Range and organisers really know how to put on an event – it’s the best race of the season, on the longest track, with the most spectators all set in the beautiful Scottish Highlands – truly epic! 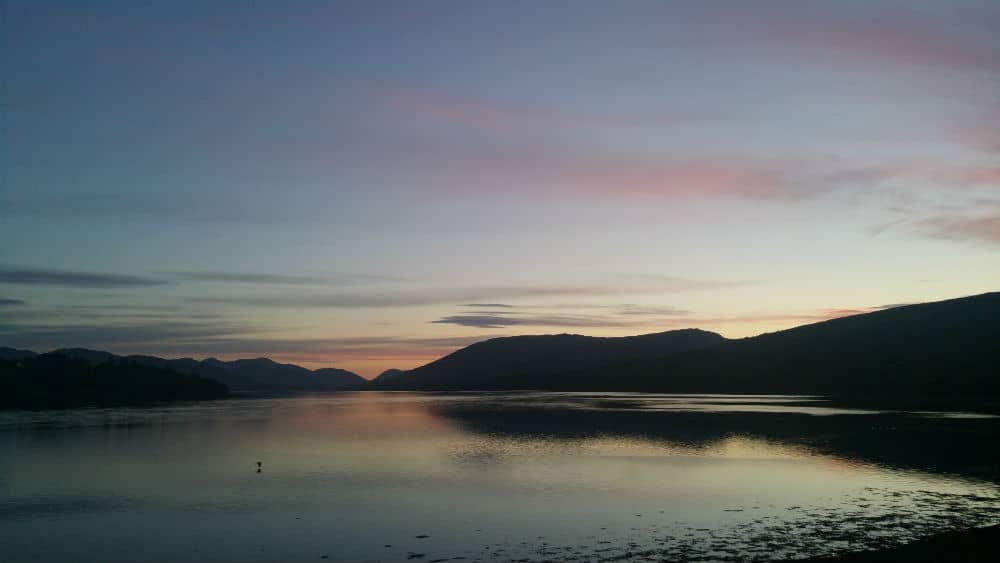