Do you wear a helmet?

Do you wear a bike helmet? If you’re not a helmet wearer, we’d love to hear why in the comments section below.

Wearing helmets are mandatory during our school cycle activities but it’s not gone unnoticed that when delivering recent sessions that the majority of young people do not own or bring their helmets. So we started to ask several pupils why this is. As expected, we were told ‘because they look stupid’ or ‘I don’t own one’.

This month we received a plea from a Greater Manchester resident and parent to try and remove the stigma around wearing helmets. Here’s what our guest blogger had to say:

“What is so uncool about wearing a helmet?

I have no idea, I just don’t get it. As a parent of a teenage boy it baffles me. On one hand I’m so pleased to see so many kids riding their bikes to school every day but it saddens me to see only a few ever wearing a helmet.

Despite being teased without fail every day for wearing a helmet, getting called ‘helmet boy’, my son will not ride without one. His resilience amazes me but I hate the fact that he has to put up with it.

Having seen some pretty bad crashes on the race circuit in his time he has some comprehension of the injuries that can occur as a result of an accident. Does he realise he’s probably just as likely to have an accident riding to school or messing about on his bike? Possibly not but luckily, like he puts his seatbelt on every time he’s in the car, his lid goes on his head every time he goes on his bike.

I hear so many parents say “what can you do”, “they won’t wear one “, and “they’re only going down the road”. What will it take to make these parents take some responsibility and educate their kids? If their child doesn’t put a seatbelt on would they just ignore it? No, I don’t think so.

Schools seem to want to encourage their pupils to ride to school by providing bike sheds but remember – use a bike lock. How do we make our children safer? The starting point has to be educating parents and teachers. After all they’re the people who have responsibilities for the safety and welfare of children. 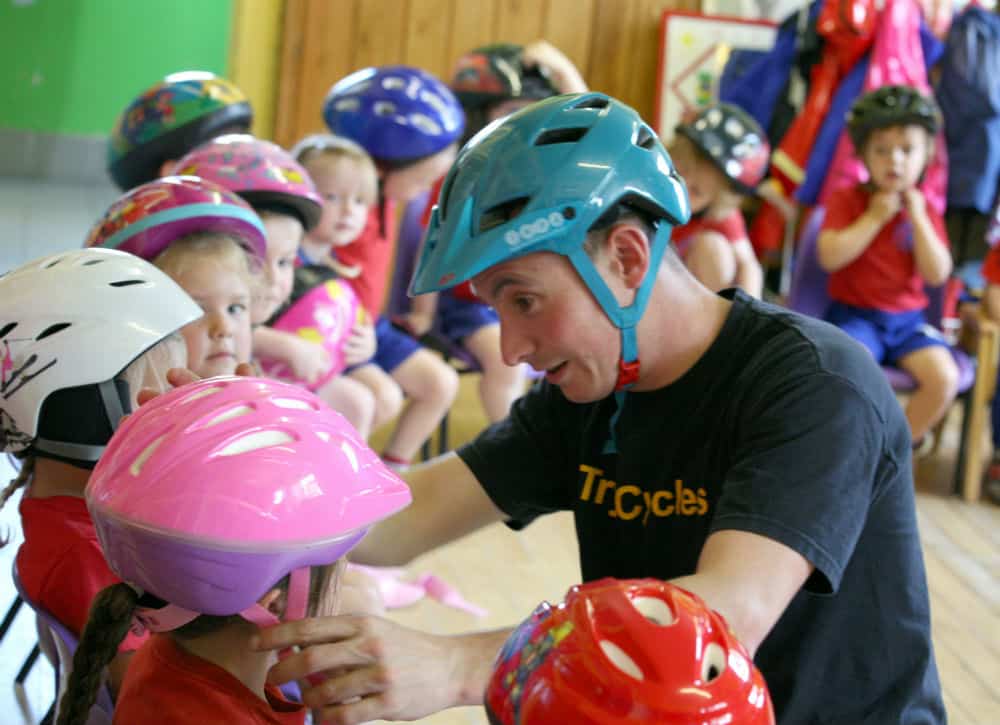 It’s not rocket science – your head is far softer than the pavement, the road, a tree, a car or in fact many things, so protect it! My son means the world to me so I will do everything I can to ensure his safety. If that means sometimes he argues with me then so be it, if the end result is he’s safe. I hope the kids who tease him every day never have an accident on their bike but I do wish they would see sense, wear a helmet and stop being so mean.”

Dirt Factory has made a pledge to remove this stigma and point kids in the right direction. The cycling industry now produces a wide range of affordable, quality and cool looking helmets.

Dan Makin from Dirt Factory says, “Your helmet can save your life, you actually look cool wearing one. Plus, most helmets these days allow you to customise them and fix cameras to capture all the action. The consequences can be very severe if you run the risk of choosing not to wear a helmet.”